Vastra, Jenny and Strax are kidnapped by the Whisper Men as bait to lure the Doctor to Trenzalore, the one place he must never visit. “The Doctor has a secret that he will take to his grave.. and it is discovered.”

The opening to this episode is fantastic, it’s a beautiful homage to the first fifty years to see the previous Doctors again, especially the First Doctor in colour. For me this was note-perfect. Cheeky scenes from some of the Doctor’s more dubious adventures, and lifting Troughton and Pertwee from The Five Doctors highlights the strong echoes of that story. The Doctor’s tomb being accessed from different levels is a bit like Rassilon’s, complete with torches lighting the ‘below’ route; and what looks like a cheeky shot of Richard Hurndall near the end.

The BBC Doctor Who book Alien Bodies (1997) by Lawrence Miles is set at an auction for the Doctor’s corpse. This was arguably the first great story in this run, and the same chill I got from the idea of the Doctor’s remains being around somewhere was replicated in the series seven finale. It’s a bold idea to use, and makes us feel a vulnerability for the our hero which isn’t often there. Alien Bodies also introduces the concept of Time Lords involved in a war and a TARDIS as a walking, talking humanoid; so it was remarkably prescient. There is a recent blog on Lawrence Miles at Phil Sandifer’s excellent TARDIS Eruditorum blog here. There’s a pervading doom-laden funereal feel to the story, with the post-library River, graveyard and tomb. Even an unusually down-beat final scene, although one generating seismic levels of excitement for the anniversary special in November. 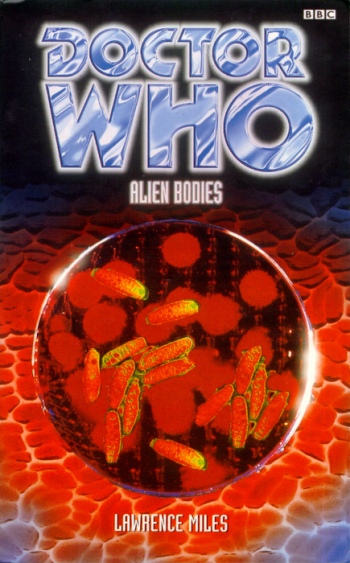 The ‘silence will fall when the question is asked’ arc is very well done. Layers of myth having been built around it; the truth is rarely helped by it being purported by a religious order. The question being asked is merely what opens the door, leading to the threat of the Doctor’s time line being erased, and silence falling across the star systems that didn’t get saved. ‘The fall of the Eleventh’ seems to simply refer to the TARDIS falling to Trenzalore when he turns off the anti-gravs. The reason for the TARDIS exploding at the close of The Pandorica Opens isn’t explained as I thought it might be. Nor is the identity of the woman in the computer shop who gave Clara the TARDIS phone number.

I do like the way everything isn’t patiently explained to the audience, and it does require some intelligent links from the viewer. This more mature story-telling isn’t for everyone, and there’s an generation out there brought up on TV made up of ‘previously’ and ‘still to come’ clips.

Something that surprised me was the level of misapprehension on Twitter (I have no idea why that would still surprise me about Twitter) of the episode’s ending. Ranging from those who thought the Doctor’s name was John Hurt(!), or that he’s a future incarnation, to those feeling ‘betrayed’ and ‘lied to’ because the normally completely watertight continuity of Doctor Who has been compromised. There are eleven Doctors, but one incarnation of this Time Lord was not ‘the Doctor’, which is an assumed name, or, as he says here, a promise. That’s a brilliant concept, and what the episode title is really getting at. I think its the caption that caused the confusion, which specifically says he is the Doctor. In fairness, it doesn’t even go as far as the mind-bending contest scene in The Brain of Morbius, which shows pre-Hartnell incarnations. Most fans choose to read these are incarnations of Morbius, but the production team’s intention is that the faces are those of the Doctor, and this is very clear from watching the scene. It doesn’t do the series any good if everything that went before is sacrosanct and immutable. It was, after all, seven years before the Doctor had two hearts. The revelation about this secret incarnation is exciting and shows there is still much mystery to the character, while making a virtue of the fact that we haven’t seen all the regenerations take place. And he’s played by John Hurt, which is nothing short of amazing! Did he end the Time War by activating The Moment? “In the name of peace and sanity” seems to suggest that, but it seems a little obvious. The other thing I like about this is re-introducing the notion of an older actor in the part.

Amazing to think that some people believe the budget of Doctor Who would stretch to having a massively revered, constantly in-demand movie star as the new regular Doctor. Even more amazing that they don’t want this to happen.

For this same reason I don’t dislike River Song because the Doctor seems to have romantic feelings for her (more explicitly here than ever before). The character needs to change and grow. And here it’s an elegiac love for someone long-lost, adding depth and the weight of history to him. No, the reason I don’t like River Song is because she seems so one-note and smug all the time, overplaying every line. I kind of agreed with Strax’s “Oh no” at the news of her arrival. That being said I have one or two mates that I have no idea what they see in their other half, and I hardly ever get to see them without the wife. At least River’s only been in two episodes this series, and this does seem like a final farewell to her.

I find it strangely jarring to hear Clara say “you’re the Eleventh Doctor”, despite this being in usage in real life all the time, its strange to hear it in the actual programme itself. I can’t think of another example of this, even in the multi-Doctor stories.

Worryingly the tomb has the same interior as the current TARDIS, but as we know that its a desktop theme, so it could have been reset at some point in the future before the Doctor’s final battle.

Order Doctor Who series 7 part 2 on DVD from Amazon:

The Eighth Doctor rushes past Clara.

One thought on “The Name of the Doctor”